Starting at the Very Beginning

Have you always wanted to learn astrology but didn’t know where to start? Astrology 101 breaks this ancient cosmic science down into small, manageable parts to guide you step by step through the basics. Upon course completion, you will have a mastery of astrological basics! 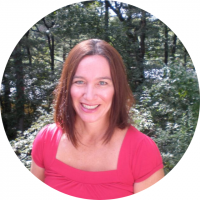 Originally from Pittsburgh, Pennsylvania, Hilary has called Boston her home since 1987. She began her astrological studies in 1998 with teachers Dietrech Pessin, Monique Pommier, and Dorothy Oja and founded Harley Holistic Healing 2001. In 2016, she became a certified Reiki Master and completed my Akashic Records certification in 2018 and integrate both modalities into her astrology sessions.

In addition to being an astrologer and Reiki Master, she is also the author of Ring of Truth, a novel which traces the life of dancer at the Paris Opera Ballet during Second Empire France.

Hilary is a student and practitioner of Kundalini yoga since 1991. She holds BFA and MLA degrees from Southern Methodist University and an MPA from Suffolk University. Hilary is a member of the International Association of Reiki Professionals as well as the National Council for Geocosmic Research, a professional organization for astrologers.